The Abeda Inamdar Senior College is one of the institutions established and governed by The Maharashtra Cosmopolitan Education Society (M.C.E. Society). The M.C.E. Society, was established in the year 1948 by Late Mr. Abdul Kadir Khan and likeminded educationists, with an objective of providing education to the economically, educationally and socially weaker sections of the society. The M.C.E. Society is an educational society registered under the Society's Registration Act of 1860 and also a Public Trust registered under the Bombay Public Trust Act 1950. It is also registered under section 12 (a) of Income Tax Act 1961 and is exempted u/s 80G of the said Act by the Income Tax Commissioner, Pune.

The M.C.E. Society is one of the oldest educational organizations of Pune and has done pioneering work in the field of education. Even though established in the year 1948, right up to 1988 , the 23 acres of Azam Campus which houses most of the institutions run by the M.C.E. Society had only 2 high schools and 2 Primary Schools. The establishment and development of educational institutions actually began in the year 1989 with the establishment of Äbeda Inamdar Junior College. Today the M.C.E. Society governs Twenty-One educational Institutions imparting education in the field of Law, Architecture, Pharmacy,Management, I.T, Dentistry, Education, Arts, Science Commerce and Computer Science at Azam Campus. It has further acquired land at various places in Pune and its process of growth continues.

The M.C.E. Society’s President, Mr. P.A Inamdar has held this responsible position from 1983 till date. It is under the dynamic and visionary leadership of Mr. P.A. Inamdar, that MCE Society and Azam Campus grew in stature and gained recognition as a premier education hub.

Abeda Inamdar Senior College of Arts Science and Commerce, affiliated to Savitribai Phule Pune University was established with a donation from Mrs. Abeda Inamdar. The College was established in the year 1991-92 with one division each of B.Sc and B.Com. The Arts faculty was added in the year 1992-93 and B.Sc Computer Science was started in the year 1998. In 2001 M.Sc Computer Science began followed by MSc. Analytical Chemistry in 2002. In the very next year, 2003, the college established the Post Graduate Centres in English and Commerce. The expansion of the college continued with the establishment of the Post Graduate Centres in Microbiology and Mathematics in 2004; BBA (CA), M.Sc Analytical Chemistry and Ph.D Research Centre in Chemistry in 2005; BBA and M.A. Sociology in 2006; M.A Urdu in 2010; PhD Research Centres in Commerce and English in 2011 and M.A in Economics and Political Science in 2014.

Since 2008 our college has consistently featured amongst the top five colleges of Pune City according to various surveys carried out and published in various issues of India Today. Issue dated 2nd June 2008, 25 th June 2009, 28 th June 1010, and 18th July 2011. It has also been recognized as an A grade College by NAAC, Bangalore. Another feather in the cap of achievement of our college is that we were awarded the Indira Gandhi National Level award for Best NSS Unit and Best NSS Program Officer by the Ministry of Youth Affairs, Government of India, in the year 2004.

The year 2015-16 was celebrated by the College as its Silver Jubilee Year. The college has done some path breaking work in making education accessible to the minorities and weaker sections of society. Thus today at 25 years the College stands proudly amongst the leading educational institutes of Pune.

The M.C.E. Society is one of the oldest educational organizations of Pune & has done pioneering work in the field of education. Within a span of 15 years the M.C.E. Society from a humble beginning of 4 schools has been transformed into an excellent educational complex of higher, medical, technical and professional academic institutions in the field of Arts, Science, Commerce, Computer Science, Law, Education, Pharmacy, Management Sciences, Architecture, Dental Sciences, Hospitality Studies & Information Technology. 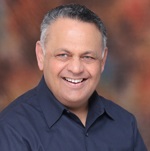 The Global economic scenario is changing rapidly, what was modern yesterday is suddenly obsolete today. Thus the industries need trained personnel who can innovate rather than just follow others.
I strongly believe that if the right kind of soft skills, Communication and language skills and computer knowledge are imparted to the students, there is no doubt that they will be able to not only lead the community but also develop a strong nation . At Abeda Inamdar Senior College, Pune, our aim is to produce such talented, young and dynamic professionals.
Our students have been trained and carefully nurtured in an atmosphere that is creative, harmonizing and challenging to tackle the intense competition. What I found in our students is that once they set a goal for themselves they are very success oriented.
I wish the students, teachers and non teaching staff all the very best for the coming academic year. 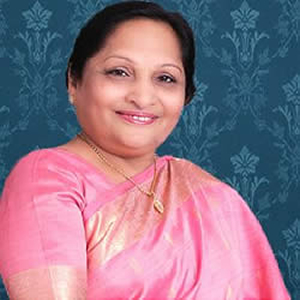 1. An illustrious educationist, Mrs. Abeda Inamdar has been a Member of the Committee on Girls Education: National Commission for Minority Educational Institution, New Delhi. She has been Senate Member of the Swami Ramanand Teerth Marathwada University, Nanded and an Ex Senate Member of University of Pune.
2. She was the Managing Trustee & Past President - Poona Women’s Council and the Vice President- University Women’s Association.
3. Presently, she is the President, Deccan Muslim Institute & Research Center, Pune and Vice President, Maharashtra Cosmopolitan Education Society, Pune. She is also the Vice President of the P.A. Inamdar Education Trust, Pune and the Maharashtra Medical Education & Research Center, Pune.
4. Mrs. Inamdar has been Trustee of the Crescent India Medical Education Trust, Pune and the Poona Oriental Education Trust.
5. Mrs. Inamdar was the Honorary General Secretary for National Council of Women in India from 1999-2001 and represented India at Helsinki, Finland. Recently the Government of Maharashtra has awarded her ‘Savitribai Phule’ Award for her services in the field of Women’s education.
6. A stickler for quality, she has always maintained that educated girls can improve the family and society at large. It is her desire to see that the students who graduate from Abeda Inamdar Senior College become successful in their professional as well as personal lives and grow to be individuals capable of giving back to society. 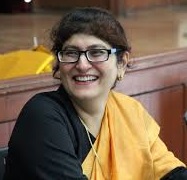 We at M.C.E. Society's Abeda Inamdar Senior College believe in the philosophy 'to educate is to empower'. The mission statement of the college - 'Read to Lead' is truly emblematic of this philosophy. Empowerment, however, requires more than academic excellence. In today's competitive and demanding world, our students must also excel in sports and extracurricular activities. These will equip them with the necessary soft skills to go that extra mile. The college makes every possible attempt to synergize this into the education process. The highly efficient teaching staff ensures academic excellence. Well equipped library, sports complex and laboratories ensure an environment conducive to learning. Cultural gatherings, sports tournaments, publication of bulletins, exhibitions, and seminars and so on all find their way into the academic calendar of our college. The college also fulfills its social obligations through the activities of its vibrant NSS Unit.

Necessary computer and communication skills are imparted to the students in the college through its autonomous courses in Computers, Spoken English, and Communication Skills & Personality Development. The relevance of such training can hardly be debated in any walk of life today. Our college has successfully undergone assessment and accreditation by NAAC Bangalore and has been awarded “A” Grade in the third cycle of assessment. The college has established a Quality Assurance Cell. According to "India Today" special issue dated 2nd June 2008, Abeda Inamdar Senior College appears in its list of 5 best colleges in Pune city. I am indeed proud that in a short span of time the college was grown from strength to strength. Not only do we have a steady increase in the number of students but we also have an ever increasing number of subjects and courses offered both at the undergraduate and post graduate levels. In the pursuit of excellence, our efforts will always be relentless and wholehearted! I wish you all a grand success.